On the 12th January, 1865, the present parish church, St Mary’s, was consecrated by Bishop Henry Phillpotts with the Rector, the Reverend Francis Ley Bazeley in attendance.   In 2015 St Mary’s congregation celebrated this very significant milestone with a year of festivity! If you venture into the present Church building you will see 18 (?) banners commemorating our Christian presence in the town, over the generations.

According to noted Bideford historian Peter Christie, Rev Bazeley had laid the foundation stone for the new (Victorian) building on Easter Monday in 1863 and the silver trowel utilised is displayed in the glass case near the pulpit.   The architect was Edward Ashworth and it was during the re-building that evidence was found proving the existence of a pre-Norman cob and wattle building.   The original Saxon church seems to have withstood fair weather and foul for an unusually long time and is known to have still been in existence in 1232.

It is recorded that twenty-seven years later Sir Richard Grenville, the second son of Hamon of Corbell in Normandy, built a new church over the Saxon one; this was dedicated by Bishop Bronscombe in November, 1259   Of that construction only the tower, the font and the holy water stoup in the north porch remain.   The two corbels which can be seen at the north entrance are of Bishop Phillpotts and Queen Victoria.

According to R D Cooper’s Brief History of St Mary’s Parish Church Bideford the following extract from the Faculty granted in 1862 gives the official reason for replacing the Norman Church which had been erected by Sir Richard Grenville in 1259 replacing the old Saxon church:   “The parish Church was and has been for sometime past in a very dilapidated condition, the walls and roofs being infirm and unsafe and the Church generally damp, illventilated and unwholesome.” 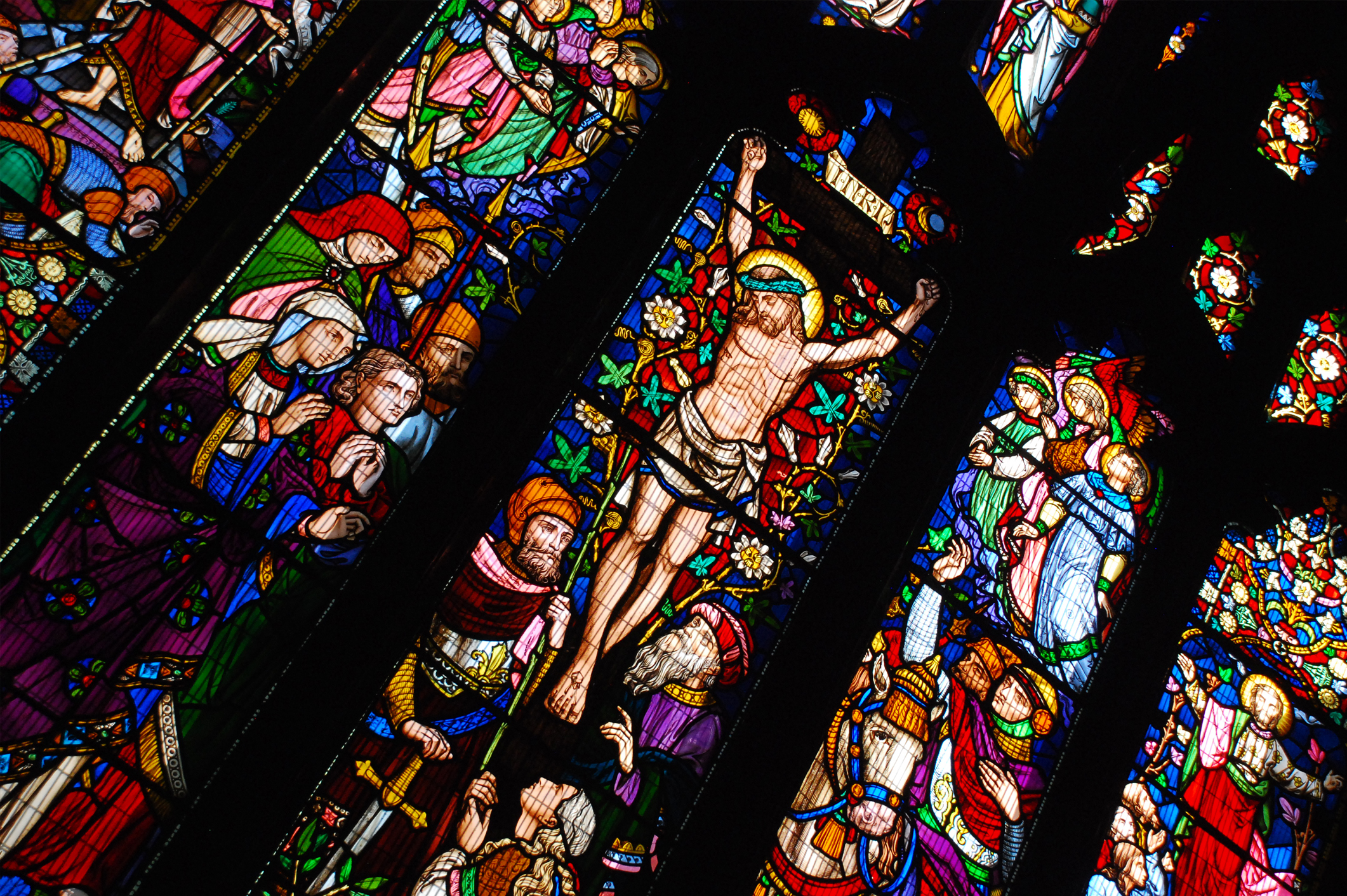 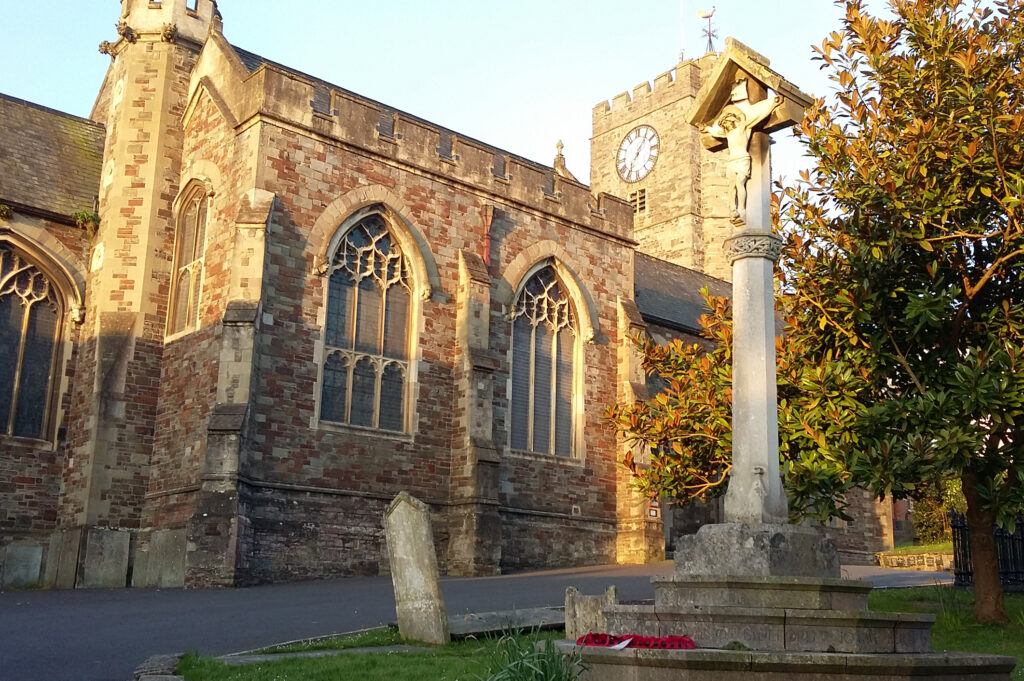 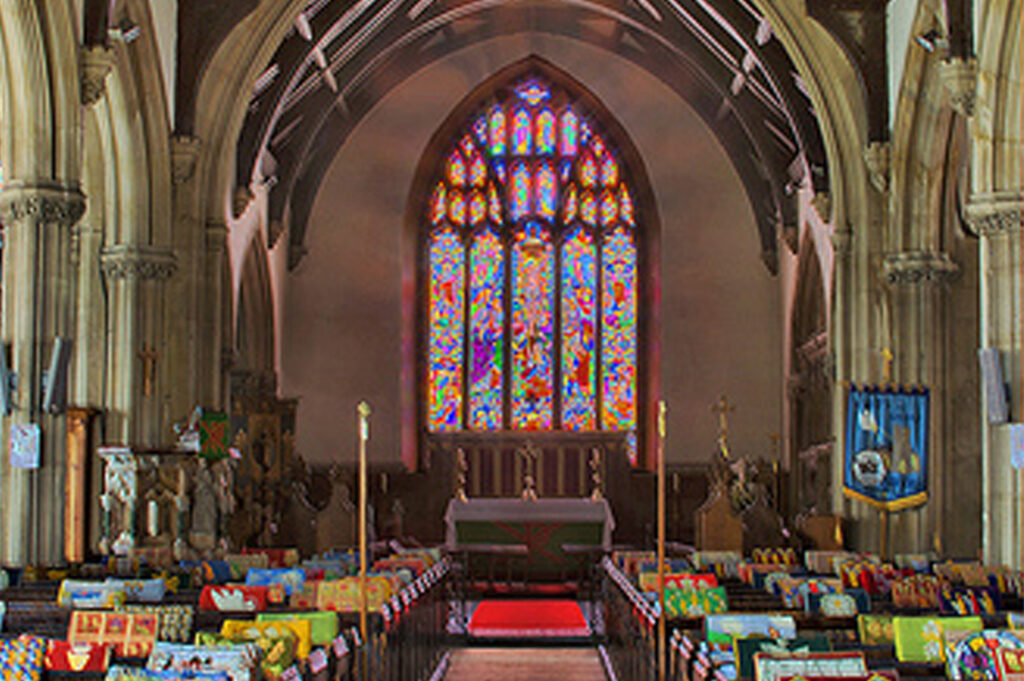 Prayer for the day

“However, as it is written: “What no eye has seen, what no ear has heard, and what no human mind has conceived”— the things God has prepared for those who love him—”